Vratislav Hurai obtained his master's degree in mineralogy, geochemistry and economic geology (1979), his PhD. (1989), and his Habilitation (2003) at Comenius University in Bratislava, where he worked in 1980-1994 and 2001-2006 in various full-time positions and till 2012 under part-time contracts. In 1994-2000, he joined the Laboratory of Isotope Geology at the Geological Survey of Slovak Republic in Bratislava. Since 2006, he is a senior researcher at the Geological Institute of Slovak Academy of Sciences, where he received his DrSc. degree in 2009. In 1990-1991 and 1996 he was a post-doctoral research fellow of the Alexander von Humboldt Foundation at the Georg-August University of Göttingen in Germany. While being assistant and associate professor at the Department of Mineralogy and Petrology of Comenius University, he taught courses on Isotope Geology, Genetic Mineralogy, Fluids in Geological Processes, Heavy and Accessory Minerals. Since his university studies, Hurai is engaged in the study of fluids in all geologic environments, including siderite, magnesite and polymetallic deposits, hydrocarbon prospects, deep mantle and crust, and high-grade metamorphic rocks. Hurai is author or co-author of 43 research articles published in impacted SCI journals.

Monika Huraiová received her master's degree in petrology (1989), her PhD. (2000), and her Habilitation (2004) at Comenius University in Bratislava, when she has been working at the Department of Mineralogy and Petrology up to present. She has been teaching courses on Optical Mineralogy, Fluid inclusion microthermometry, Applied Thermodynamics, Petrology of Magmatic Rocks, and Stable Isotopes. In 1998 she joined for 5 months the GeoforschungsZentrum in Potsdam, Germany, as a post-doctoral research fellow of the Deutsche Akademische Austauschdienst, where she worked together with R. Thomas on fluid and melt inclusions in xenoliths in alkali basalts.

Marek Slobodník received his master's degree (1981), PhD (1990) and habilitation (2001) at the Masaryk University in Brno, Czech republic. He spent 8 months at the Katholieke Universiteit in Leuven, Belgium, where he studied fluid flows in sedimentary basins within the scope of postdoctoral sholarship funded by a bilateral cultural agreement between Czech Republic and Belgium. Since 90’s he has been investigating fluids in various geological environments and mineral deposits of European Variscides. He applied fluid inclusion methods in investigation of provenance of rock and crystal artefacts with the focus on the Central European region in the last decade. He is currently a head of geofluid lab at the Institute of Geological Sciences of the Masaryk University.

Rainer Thomas received his master's degree in mineralogy, his PhD., and his Habilitation at Freiberg University of Mining and Technology (Germany). He worked in the semiconductor industry from 1969 to 1988, where he carried out research on crystal growth by chemical transport reactions, developed polishing technologies for silicon wafers, and performed X-ray studies on crystals using single- and double-crystal topographic techniques and multiple-diffraction measurements. He was head of the X-ray fine structure laboratory for 15 years while in the semiconductor industry. Dr. Thomas began work as a research scientist in 1988 at the Central Institute of Physics of the Earth in Potsdam, and then joined the GeoForschungsZentrum Potsdam in 1992, where he remained until his retirement in 2007. Throughout his career, Dr. Thomas has studied all aspects of fluid and melt inclusions in minerals and has used Raman microspectrometry for the characterization of inclusions and other geomaterials. He is also recognized for developing a Raman spectroscopic method for measuring trace to major amounts of water in glasses and melt inclusions. A main focus of his research has been the genesis of pegmatites using melt and fluid inclusions. In 2009, he was awarded the Hawley medal from the Mineralogical Association of Canada as co-author of a research article published in the Canadian Journal of Mineralogy. Thomas is author or co-author of more than 80 articles published in impacted SCI journals. 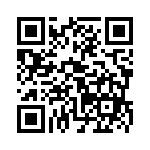