Strana 3
Almost half a century after its original appearance , then , the Lybyer thesis still
held the field , but it no longer did so unaided . What must ... To date , only the first
volume , in two parts , has appeared , part one in 1950 and part two in 1957.
Strana 34
38 He also notes , as Meyendorff and Prohorov did , the increasing number of
heretical Jewish sects appearing in Byzantium at ... The mention of Chionios in
the Patriarchal Synode appeared in 1336 , almost twenty years before Palamas
was ...
Strana 109
... This elusive Yemeni connection cannot , in and of itself , account for the
genealogist's insistence on Qaysī and , more specifically , Qurayshī descent . The
context of events in Yemen when the genealogy appeared , however , perhaps
can . 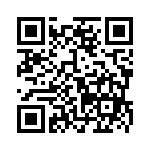