Dick Francis was born in Wales on October 31, 1920. Because his father was a professional steeplechase jockey and a stable manager, Francis grew up around horses, and after a stint as a pilot in the Royal Air Force during World War II, he became a steeplechase jockey himself, turning professional in 1948. He was named champion jockey of the 1953-54 racing season by the British National Hunt after winning more than 350 races and was retained as jockey to the queen mother for four seasons. When he retired from racing in 1957 at the age of 36, Francis went to work as a racing correspondent for the Sunday Express, a London paper, where he worked for 16 years. In the early sixties, he decided to combine his love of mysteries with his knowledge of the racing world, and published Dead Cert in 1962. Set mostly in the racing world, he has written more than 40 novels including Forfeit, Blood Sport, Slay-Ride, Odds Against, Flying Finish, Smoke Screen, High Stakes, and Long Shot. He wrote his last four books Dead Heat, Silks, Even Money, and Crossfire with his son Felix Francis. He has received numerous awards including the Silver Dagger award from Britain's Crime Writers Association for For Kicks, the Gold Dagger award for Whip Hand, the Diamond Dagger award in 1990, and three Edgar awards. He died on February 14, 2010 at the age of 89. 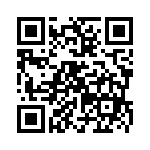