George Saintsbury (1845-1933) was a journalist, reviewer, critic, editor, and Professor of Literature at the University of Edinburgh. Thomas Pinney is Professor of English Emeritus at Pomona College. Among other books, he is author of "A History of Wine in America "(in two volumes from UC Press). 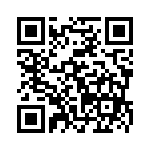