Strana 58
The thesis of uniqueness demands that any phenomenon which shows some
differences from every other in space or time is to be described as unique . There
is no doubt that the religious beliefs and convictions of thousands of Roman ...
Strana 59
to one Roman , and inconceivable for any large number of Romans the unicist
can make no generalizations about Roman religion . In effect , history becomes
merely the meaningless setting down of microscopically minute facts . Any
deviation ...
Strana 104
F. The free and autonomous development of the Roman art was sharply
interfered with by the powerful influence of the Hellenistic and , in part , the Greek
culture , especially from the end of the second century B.C. This interference led
to a ... 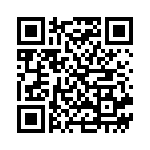