Zhang Longxi is Chair Professor of Comparative Literature and Translation and Director of the Centre for Cross-Cultural Studies, City University of Hong Kong. He is the author of Out of the Cultural Ghetto; Mighty Opposites: From Dichotomies to Differences in the Comparative Study of China; and The Tao and the Logos: Literary Hermeneutics, East and West. 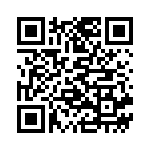