Strana 47
John Cuthbert of Great Usworth ? , Margrett Cuthbert his wife , Antonie Todd ,
Richard Blith , Mrs . Fortune Horsley of North Biddicket , Marye Pearson the wife
of James Pearson of Washington . WHICKHAM * ( Written upon one side only of ...
Strana 122
17 Probably John Blakiston the Regicide , if so , son of Marmaduke Blakiston ,
Vicar of Woodhorn , Rector of Redmarshall , Rector of Sedgefield , and
Prebendary of the 7th Stall , of Newton Hall , Durham , by his wife Margaret
James . Bapt .
Strana 187
By his will dated 20 April , 1646 , after mentioning his wife Jane , her son ,
George Milner , and her daughter , Ann Milner , he gave his lands in Lincolnshire
, his messuages at Berwick , his tithes at Tuggle , Ancroft Mill and Allerdean to his
... 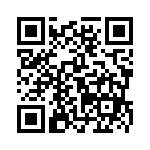