Strana 28
Now , " when his long seven years were o'er , " young Ferguson was commended by his master , Peter Stewart , for diligence and for “ having honestly served the time specified in this indenture much to my satisfaction .
Strana 53
A young son of the doctor , Taylor wrote , recalled that Burns was " a big , stout , athletic man , of a brown , ruddy complexion , broad - chested , erect , and standing firmly on his legs , which perhaps were rather clumsy , though ...
Strana 93
Remarking that Burns as a young man was writing , practically unknown , against opposition and poverty , Mr. Montgomerie said that at the present time there were young men writing Scottish poetry , and among the large mass of their work ... 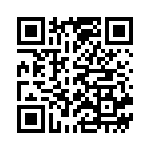