Peter L. Oesterreich, Dissertation (1984) in Philosophy, University of Essen, is Professor of Philosophy at the Augustana Hochschule in Neuendettelsau, Bavaria. His publications focus on the relationship between rhetoric and philosophy, e.g. "Das gelehrte Absolute" (Darmstadt, 1997). Thomas O. Sloane, Ph.D. (1960) in Speech, Northwestern University, is Professor of Rhetoric Emeritus at the University of California, Berkeley. He has published extensively on the rhetoric and literature of the English Renaissance, including "Donne, Milton, and the End of Humanist Rhetoric" (1985) and "On the Contrary" (1998). 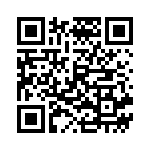