Strana 26
BY ARCHIE MCARTHUR HONORARY MEMBER , HAWICK BURNS CLUB He had , in those two years , met and become estranged with Jean Armour , and was in fear of arrest owing to the persecution by Adam Armour , Jean's father .
Strana 27
Among these was Jim months after Burns came to Edinburgh , about the Forsyth who hailed from Hawick , a weel kenned ... and an enthusiastic member received a letter from Mrs. Scott , in rhyme , in of the Hawick Burns Club . which she ...
Strana 36
The World's Memorials of Robert Burns ( Detroit , Rights of Women , ” which I was not familiar Michigan ... the Hawick Burns Club and was elected ( There is , nevertheless , a statue of the Bard there , first President of that Club ... 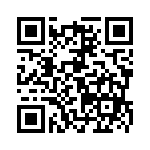