Jim Daems currently teaches in the English Department at the University College of the Fraser Valley. He is the author of Seventeenth-Century Literature and Culture (Continuum, 2005).

Holly Faith Nelson Assistant Professor of English at Trinity Western University, has co-edited The Broadview Anthology of Seventeenth-Century Verse and Prose (2000) and Of Paradise and Light: Essays on Henry Vaughan and John Milton (University of Delaware Press, 2004). 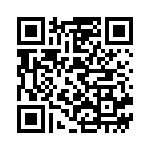