Strana 26
Malamud's earliest stories - published in journals as widely divergent as the conservative American Mercury and the liberal Partisan Review - did not attract much critical attention ; his first novel , The Natural ( 1952 ) received ...
Strana 4
V. J. Emmett , Jr. , Associate Professor of English at Kansas State College , has published essays on Austen , Hardy , Forster , and , in these pages , on Conrad . Morrill Cody , Executive of Radio Liberty in Paris , is co - author with ...
Strana 4
Mr. Chase , who lives in Redding , Connecticut , is at work on a collection of essays shortly to be published . Edward Fisher is one - half of the fictional character Richard Gordon in Hemingway's To Have and Have Not . 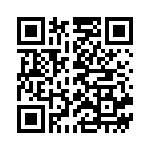