Strana 182
Sir Ol . Truly fue must be given , or the marriage is not lawful . ] Alluding to that
question in King Edward's first liturgy , and continued in all the Offices of
Matrimony since that time . Then shall the minister say , " Who geueth this woman
to be ...
Strana 251
I can hock to me : Say , ' that she were gone , Given to the fire , a moiety of my rest
Might come to me again . ] Alluding to the punishment either for high treason , or
petty treason in women ; which was being drawn on a Nedge , or hurdle , and ...
Strana 382
The English were famed for thefe , and such like diversions : and even the old ,
as well as young persons , formerly followed them : za remarkable instance of
which , is given by Sir William Temple , ( in his Miscellanea , part 3 Esay of Health
... 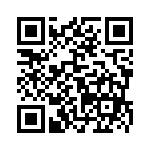