The last of my Riso-Hudson enneagram books for now. This one had two new sections; center scrambling and information on sorting out misidentified types. It also went into more detail around the ... Vollständige Rezension lesen

Don Richard Riso, M.A. is the foremost writer and developer of the Enneagram in the world today. The most-published and best-selling author in the field, he is an internationally recognized authority on the subject. He is the president of Enneagram Personality Types, Inc., and founder of The Enneagram Institute. He has been teaching the Enneagram for more than twenty years, pioneering a revolutionary new approach to ego psychology through his 1977 discovery of the Levels of Development. His four best-selling books are available in British, German, Italian, Japanese, Chinese, Korean, Spanish, and French editions. Mr. Riso was a Jesuit for thirteen years, holds degrees in English and philosophy, was elected to the Jesuit Honor Society, Alpha Sigma Nu, and was a Ford Foundation Fellow at Stanford University in communications (social psychology). 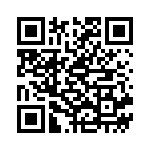