Strana 91
War caused considerable alarm , since this seemed to indicate that China would intervene openly if America went too far . Provided American troops stayed in Thailand , it looked as though the Chinese would not move , and in that case ...
Strana 397
It seemed to it on himself , and , at the same time , him that he stood adorned in the so terrified at the audacity of such a panoply of angels , and , indeed , for notion that even when he looked his sake and in his instance , I hope ...
Strana 474
( Before the Conference ended , there seemed to be some second thoughts , especially in Jamaica , but the British will still have to see whether any alternative can be found for those who continue to refuse to accept Associated Status . 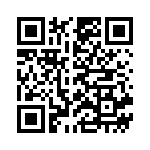