Strana 20
I have chosen the subject of Burns and the Excise because of its topicality ; it was
on 7th September 1789 - exactly 200 years ago - that Robert Burns took up his
appointment as an officer of the Excise and commenced his duties in Upper ...
Strana 21
In 1788 , when Burns was contemplating the Excise as a career , Excise duty was
imposed on the following commodities : auctions , bricks and tiles , beer , candles
, coaches , cocoanuts , cider , perry and verjuice , glass , hops , hides and ...
Strana 22
and the Excise seemed to offer a measure of security which farming did not .
Detested as the Excise generally was , it was the only branch of government
which extended into every district and parish . By contrast , for example , the first
post ... 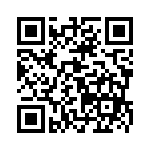