Strana 17
It should be added that the Address was executed by Mr John Brown , and the
binding of the volume by Messrs William Muir & Co. , both of Glasgow . The
Album Committee of the Burns Federation were greatly indebted to Mr James D.
Strana 51
One of the most pleasing pictures in his life of social intercourse is presented to
us in the friendship which sprang up between himself and John Brown , the
parish minister of Longside , a friendship which , with the exception of a
temporary ...
Strana 170
Presidents , John Cresswell , William Reid , F.E.I.S. , James Lucas , M.A. , F.E.I.S.
; Robert M. Milholm , James S. Wilson , John Ramsey , and John M'Farlane :
President , John Brown , J.P. , 88 Westmuir Street , Parkhead , Glasgow : Vice ... 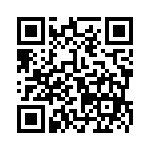