Upton Sinclair, a lifelong vigorous socialist, first became well known with a powerful muckraking novel, The Jungle, in 1906. Refused by five publishers and finally published by Sinclair himself, it became an immediate bestseller, and inspired a government investigation of the Chicago stockyards, which led to much reform. In 1967 he was invited by President Lyndon Johnson to "witness the signing of the Wholesome Meat Act, which will gradually plug loopholes left by the first Federal meat inspection law" (N.Y. Times), a law Sinclair had helped to bring about. Newspapers, colleges, schools, churches, and industries have all been the subject of a Sinclair attack, analyzing and exposing their evils. Sinclair was not really a novelist, but a fearless and indefatigable journalist-crusader. All his early books are propaganda for his social reforms. When regular publishers boycotted his work, he published himself, usually at a financial loss. His 80 or so books have been translated into 47 languages, and his sales abroad, especially in the former Soviet Union, have been enormous. 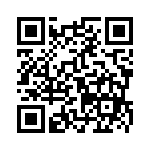