Strana 47
BURNS ' S INFLUENCE ON CANADIAN WRITERS Clearly Robert Burns is
Scotland ' s greatest literary export , wielding the greatest influence onliterature
and life around the globe . In Canada , partly because of continuing Scottish
power in ...
Strana 51
An unlikely pair , and an unlikely lesson on literary influence , since many
feminists bristle at Burns ' s sexist vein - at the life that seems so exploitative of
women as , at best , “ bonnie wee things ” , or , at worst , as objects of ambitious
flattery .
Strana 67
This literary tradition reads like a Who ' s Who of British authors and poets , men
like Geoffrey Chaucer , Elias Ashmole , Thomas Paine , Neil Gunn and of course
the star of them all Robert Burns . No commentary on Customs and Excise would
... 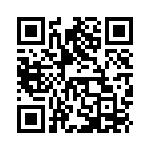