Strana 292
Look , can you see that little square of light out there in the blackness ? That's a window in the tower . It's the only one that has a light in it , usually . All that black round about is house and turrets and things .
Strana 368
The first contains ' cavalry regiment , ' so - called , may two records , a printed booklet and have on his charge seven million the journal , typed from the original , pounds ' worth of expensive techof a Colonel of Light Dragoons in ...
Strana 389
Right hard against his yard gate to make out into the best o ' the light , his big , me open it . wide head up , watching those crows . Next morning , at five o'clock , it But he was too far . I knew only too was starlight , with the ... 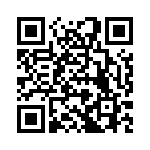