Peter D. Stachura is Professor of Modern European History and Director of The Centre for Research in Polish History at the University of Stirling. His research interests are in twentieth-century German history, with particular reference to the Weimar Republic, and Polish history, in particular the Second Republic. He has published extensively in both these areas. His books include Themes of Modern Polish History, Poland Between the Wars and Poland in the Twentieth Century. 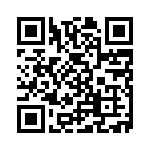