Strana 287
It was pearly 1 o'clock salt - petre earth on one side of the avenue , and when we descended the passage of the chimney , broken limestone heaped up on the other , evi- as it is called , to the guide whom I left seated on dently the ...
Strana 9
He was ancient as the last Catholic archbishops . received by no grim - visaged Overseer , Among these were two enormous walnot called on for equivocal proofs of nut - trees , twelve feet round the trunk , legal claims , not required to ...
Strana
Anato- called pudding - stone , which is an aggregation my and Surgery , by Dr. WARREN : Chemis- of siliceous pebbles , savd , and gravel , cemented try , by Dr. GORRAM ; Materia Medica , by by a ferruginous mass . 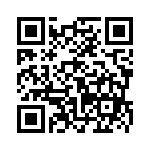