Yitzhak Nakash teaches Middle Eastern history at Brandeis University. His publications on Iraq and Shi'i Islam have gained recognition in the United States and Europe as well as in the Arab world and in Iran. He is currently completing a new book focusing on Shi'ism and nationalism in the Arab world. 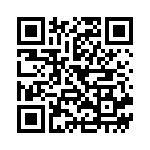