Strana 156
... favor to our charge , care should be taken that there shall be not only a regular
manner of life and one conformable to holy religion , but also the study of letters ,
each to teach and learn them according to his ability and the divine assistance .
Strana 205
... he should , according to the capacity he has to deal with , put it to the test ,
permitting his pupil himself to taste things , and of himself to discern and choose
them , sometimes opening the way to him , and sometimes leaving him to open it
for ...
Strana 218
... he were the son of a duke ; according to Plato ' s precept , that children are to
be placed out and disposed of , not according to the wealth , qualities , or
condition of the father , but according to the faculties and the capacity of their own
souls . 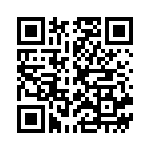