Strana 104
For me , although I only reached a height of a few feet , it was particularly memorable , because it was the first time I had ever flown in anything . This , I felt , made me akin to Wilbur and Orville , and the Australian , J. R. ...
Strana 180
They had nothing on their feet , which were ingrained with the dust and dirt of the mountain . There was no actual fear in their eyes , rather a kind of bewildered apprehension , and it struck me that probably they had never seen a ...
Strana 250
Here we go , I thought , as a pale ascetic - faced man rose to his feet . “ Would I be correct in thinking , " he said in a didactic voice , “ that the chain of control in Scotland differs slightly from ours ? 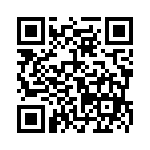