Strana 9
cooperation arrangement with Iran and Pakistan has been expanded to include
the Central Asian states ( although many of its ... For more extensive information
on Turkeys ' relations with Central Asia , see my article , “ The Sociopolitical ...
Strana 117
Uzbekistan sees itself as the major power of Central Asia with territorial , strategic
, and ideological interests that are likely to clash with those of Iran , notably in
Tajikistan , a quarter of whose population is ethnically Uzbek . Iran opened an ...
Strana 182
... while most of the Western European countries , the United States , Israel , and
some Asian / African countries chose to abstain . Afghanistan , Bangladesh , Iran
, Pakistan , and Uganda on this occasion joined with Turkey in casting negative ... 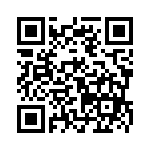