Strana 63
This Agora , round the public courts , is divided into four párts ; of these , one is
for the boys , one for the youth , one for the full - grown men , and one for those
who are beyond the years for military service . Each of these divisions , according
to ...
Strana 122
But that boys should suffer corporal punishment , though it be a received custom ,
and Chrysippus makes no obiection to it ... because , if a boy ' s disposition be so
abject as not to be amended by reproof , he will be hardened , like the worst of ...
Strana 139
Our boys must also be taught to speak the truth as a most sacred duty ; for to lie is
servile , and most hateful in all men , hardly to be pardoned even in poor slaves .
12 . And now , as I have spoken about the good and decent behavior of boys , I ... 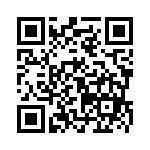