Strana 64
To Walter , son of Gervase , passed the possession of his father's lands in
Roxburghshire , and from these lands was formed the Barony of Glenriddell ,
from which the Dumfriesshire Glenriddell was long afterwards to take its name .
Down the ...
Strana 65
purchased by Walter Riddell ; and following upon a family custom , it was
renamed Glenriddell , after the original family seat . To Walter and Catherine
Riddell , in this quiet country home , were born two sons and two daughters , the
elder son ...
Strana 66
In less strenuous times , Simon Riddell had married a Miss Riddell of Newhouse
( also of Roxburghshire ) , and to them there was born an only son , Walter , of the
same fearless temperament as his father , who was destined to play a ... 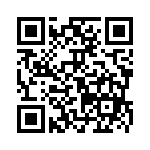