Brightman, who won the NBCC Award for 1992's Writing Dangerously: Mary McCarthy and Her World and edited the Viet-Report in the 1960s, here offers a critique of the war in Iraq, revisiting her own ... Èíta» celú recenziu

Carol Brightman edited Viet-Report in the 1960s and is the author of Writing Dangerously: Mary McCarthy and Her World, which won a National Book Critics Circle Award for Biography. She wrote Sweet Chaos: The Grateful Dead's American Adventure and edited Between Friends: The Correspondence of Hannah Arendt and Mary McCarthy. She received an American Academy of Arts and Letters Award in Literature and lives in Walpole, Maine. 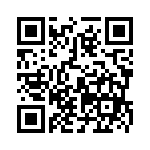