Herodotus was a Greek historian who was born in Halicarnassus, in Asia Minor, in the fifth century B.C. Called the Father of History, he wrote the first comprehensive attempt at secular narrative history, long considered the starting point of Western historical writing. The focus of his Histories is the Persian Wars, but he includes fascinating digressions on the histories of Bablyon, Egypt, and Thrace, as well as studies of the pyramids and various historical events. He was the first writer to evaluate historical, geographical, and archaeological material critically. 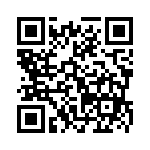