Strana 114
... but in this , according to my judgment , that they wipe their tails with the neck of a goose , holding her head betwixt their legs , and such is the opinion of Master John of Scotland , alias Scotus . PANTAGRUEL .
Strana 277
And they clothed him with purple , and plaited a crown of thorns , and put it about his head , And began to salute him , Hail , King of the Jews ! And they smote him on the head with a reed , and did spit upon him , and bowing their ...
Strana 591
The funeral had evidently taken place that day ; for attached to his hat , which he still retained on his head , was a hat - band measuring about a yard and a half in length , which hung over the top rail of the chair and streamed ... 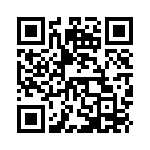