Hatred comes before love, and gives the hater strange and delicious pleasures, but its works are short-lived; the head is cut from the body before the time of natural death, the lie is told to ... Číta» celú recenziu

This book is a monument in the English language to the Southern Slavs. It is a cornerstone of travel writing. Rebecca West loved Yugoslavia; her respect for its people and history illuminates the ... Číta» celú recenziu

Taking her name from one of Henrik Ibsen's strong-minded women, Rebecca West was a politically and socially active feminist all her long life. She had an intense 10-year affair with H.G. Wells, with whom she had a son. A brilliant and versatile novelist, critic, essayist, and political commentator, West's greatest literary achievement is perhaps her travel diary, Black Lamb and Grey Falcon: A Journey through Yugoslavia (1942). Five years in the writing, it is the story of an Easter trip that she and her husband, British banker Henry Maxwell Andrews (whom she had married in 1930), made through Yugoslavia in 1937. A historical narrative with excellent reporting, it is essentially an analysis of Western culture. During World War II, she superintended British broadcast talks to Yugoslavia. Her remarkable reports of the treason trials of Lord Haw and John Amery appeared first in the New Yorker and are included with other stories about traitors in The Meaning of Treason (1947), which was expanded to deal with traitors and defectors since World War II as The New Meaning of Treason (1964). The Birds Fall Down (1966), which was a bestseller, is the story of a young Englishwoman caught in the grip of Russian terrorists. From a true story told to her more than half a century ago by the sister of Ford Madox Ford (who had heard it from her Russian husband), West "created a rich and instructive spy thriller, which contains an immense amount of brilliantly distributed information about the ideologies of the time, the rituals of the Russian Orthodox Church, the conflicts of customs, belief, and temperament between Russians and Western Europeans, the techniques of espionage and counter-espionage, and the life of exiles in Paris" (New Yorker). Unlike that of her more famous contemporaries, her fiction is stylistically and structurally conventional, but it effectively details the evolution of daily life amid the backdrop of such historical disasters as the world wars. Her critical works include Arnold Bennett Himself, Henry James (1916), Strange Necessity: Essays and Reviews, and The Court and the Castle (1957), a study of political and religious ideas in imaginative literature. In 1949, she was made a Dame Commander of the Order of the British Empire. 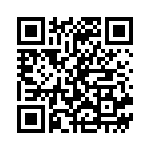