A doctor of jurisprudence and church law, Leo Stein was teaching at the University of Berlin when he was arrested for treason. His book on the Russian Revolution was viewed as proof of his treasonous ways, and Stein was thrown in jail. While in jail, he had an opportunity to observe another prisoner, Martin Niemoeller. Niemoeller, a German pastor, was an early vocal opponent of Nazism. 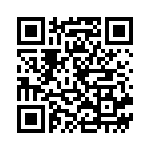