Strana 224
Ocnus was next , who led his native train 285 Of hardy warriors through the wat'ry
plainThe son of Manto , by the Tuscan stream , From whence the Mantuan town
derives the name-An ancient city , but of mix'd descent : Three sev'ral tribes ...
Strana 281
said the lofty maid , 1055 • Caught in the train which thou thyself hast laid ! On
others practise thy Ligurian arts : Thin stratagems , and tricks of little hearts , Are
lost on me : nor shalt thou safe retire , With vaunting lies , to thy fallacious sire .
Strana 307
Antheus and Mnestheus , and a num'rous train , Attend his steps : the rest their
weapons take , 655 And , crowding to the field , the camp forsake . A cloud of
blinding dust is raised around ; Labours beneath their feet the trenibling ground . 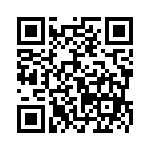