Shakespeare the playwright: a companion to the complete tragedies, histories, comedies, and romances

A useful guide for the general reader, as well as high school and undergraduate students, to Shakespeare's 37 plays. After a brief introduction outlining Shakespeare's life and career, Cahn carefully ... Číta» celú recenziu

VICTOR L. CAHN is Professor of English at Skidmore College. He teaches courses in Shakespeare and modern drama and is the author of four books and several plays. His numerous articles and reviews have appeared in such diverse publications as Modern Drama, The Literary Review, The New York Times, and Variety. 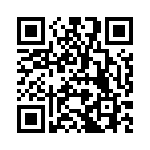