Strana 167
The Share of Karachay-Balkar in Soviet Book Publication: General Information
Karachays and Balkars, as we have noted officially totalling only 197,408 in 1979
, constituted a mere 0.075221 percent of the entire Soviet population, but the ...
Strana 168
Three titles “in the Karachay-Balkar language” are listed: a song book, a
collection containing such literature as the play Long Live the Communist Party!,
and an edition of K. Otarov's poems containing, among others, such “goodies” as
“Glory ...
Strana 172
In 1979, with a close-to-average production, there was one vernacular book
printed for every 3.10 Balkars—i.e., at least one book for each Balkar family (
average size, 4.6 persons). Combining the figures for the two groups, one gets an
... 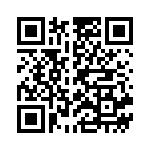