Strana 53
Lease by Robert Middilton , citizen and mercer of York , to Robert Lovell , son
and heir of William Lovell of Hoton - onDerwent , of a capital messuage called le
South Appilgarth , a tenement with a garden , ten bovates of land , and all le
forland ...
Strana 232
Grant by the said William and Robert to the said William Vescy of the said lands
and tenements , which they had by his grant ; to hold for term of life , with
remainder for term of life to Alice Holegate , wife of Nicholas Holegate , citizen
and ...
Strana 236
... eighty acres of land and thirty acres of meadow in Menthorp , Osgodby ,
Dugilby , Northduffeld , Swynton and Malton . ... also of all her lands in the said
places ; also of the lands in the vill of Sallay , which the said Guy , Thomas and
Henry ... 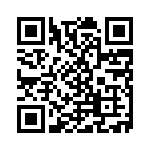