Pagan Every Day: Finding the Extraordinary in Our Ordinary Lives

Ardinger (Practicing the Presence of the Goddess: Everyday Rituals To Transform Your World ) has filled her pagan book of days with deft prose and wry observations inspired by seasons, traditions, and ... Číta» celú recenziu

Barbara Ardinger, Ph.D. is a Witch, teacher, and freelance writer and editor. Her book reviews have appeared in SageWoman, PanGaia, newWitch, Gnosis, and other magazines. She earned her doctorate in English Renaissance Literature and has studied the Tarot, Reiki, numerology, color healing, and the Qabalah. She holds a third degree initiation from a secret occult order, is an initiated Dianic Witch, and has been a member of the Fellowship of Isis since 1978. Ardinger is the author of several books including Goddess Meditations, Practicing the Presence of the Goddess, and A Woman's Book of Rituals and Celebrations. The chambermaid for her 20yearold cat, she lives in Long Beach, California. 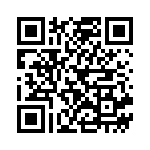