Very little is known about the life of Livy (Titus Livius) other than that he was born in Patavium (modern-day Padua) and lived most of his life in Rome. It is clear from his writings that he was familiar with ancient Greek and Latin literature and was, in fact, influenced by Cicero. Although Livy produced several works on philosophy and literary criticism, his masterpiece and life work of 40 years was his "History of Rome", which covers a vast sweep of Rome's history from its origins to Livy's own time. Of the original 142 books that made up the work, only 35 are extant---Books 1--10 and 20--45---which treat the years 753--293 b.c. and 218--167 b.c. Fragments of others, however, do remain, and summaries exist of all but one. When he wrote the history, Livy, who extolled the virtues of discipline, piety, and patriotism, believed that Rome was in a state of decline and moral decay. Wealth and luxury, he wrote, had led to "the dark dawning of our modern day, when we can neither endure our vices nor face the remedies needed to cure them." According to modern standards, Livy was neither an impressive nor critical historian. He perpetuated many inaccuracies. This, however, does not greatly minimize the value of his writing. His acumen lay in his vibrant style, his keen eye for character, and his gift for dramatic composition. 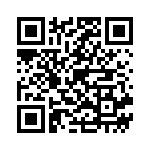