Strana 134
gathered in 45 Jewish enclaves , lived in the entire province of Kielce . According
to town records , on July 1 , 1945 , Kielce itself counted 53 , 560 inhabitants ,
including 212 Jews . 332 As elsewhere in Poland , throughout this time some of
the ...
Strana 143
The Belorussians were mainly poor peasants who lived on the land . At this time ,
they were untroubled by nationalistic aspirations . The Poles , loyal to their
country , inhabited the towns , especially Wilno , but also owned large estates
and ...
Strana 180
The Ukrainians , by and large , lived in the villages ; the towns were occupied
mostly by Poles and Jews . The cultural center of Lwów , like that of Wilno , was
predominantly Polish . The majority of the Poles , however , also lived in villages ,
a ... 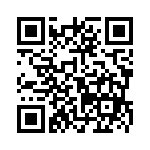