Raphael Sassower is a professor in the department of philosophy at the University of Colorado at Colorado Springs. 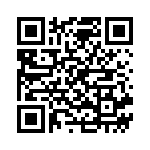