Strana 253
The three or four following scenes pars alternately in the street , and in the house of Fabricio , ( Roselo's father ) ... At the close of night , the scene changes again to Antonio's garden , and Julia appears with Roselo , who has ...
Strana 258
After a moving scene of doubt , hopes , and fears , Julia drinks the composition ; and immediately feeling the effects of it , imagines that by mistake , Aurelio has given her poison , and ( as they both suppose ) dies in the arms of ...
Strana 262
During this scene , Theobald , and the other Castelvins , having discovered Roselo , Anselm , and Marin , bring them all bound upon the stage , and deliberate upon the kind of death they fhail make them suffer . 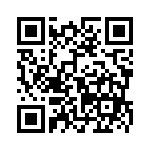