An extremely brief introduction to the Annales school of history. A nice overview, but not terribly analytical. Probably best used to get a sense of who some of the key Annales figures were/are. ╚Ēta╗ cel· recenziu

Peter Burke is the author of several previous books including The Italian Renaissance (Polity, 1987) and Popular Culture in Early Modern Europe. 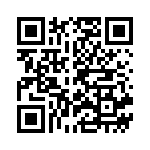