Strana 120
The opening address of the session was given by Past - President John A. Headrick , and papers were given by Dr Lobovius , John Russell , Esq . , of the Sandyford Club ; ex - President J. Wilson Bain , W. G. Hay , Esq . , of London ...
Strana 139
Several expressions of opinion have been given as to the undesirability of giving Clubs such titles “ Jolly Beggars " and “ Cronies , " but the Association has not indicated any official opinion on the subject .
Strana 155
The papers Papers were given during the year by the following gentlemen , viz . , Mr Walter Weir , Past - president T. Kennedy with his further instalment of “ Olla - Podrida , ” Messrs A. C. Riddall , John Ord , John Graves , and the ... 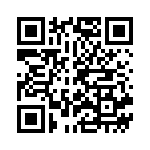