Excellent book. Well researched. Has a Cookbook companion. Warning: you will become a vegan after reading it. ÈítaṠ celú recenziu

T. Colin Campbell was born in 1934. He studied pre-veterinary medicine at Pennsylvania State University, where he obtained his B.S. in 1956, then attended veterinary school at the University of Georgia for a year. He completed his M.S. in nutrition and biochemistry at Cornell in 1958, where he studied under Clive McCay (known for his research on nutrition and aging), and his Ph.D. in nutrition, biochemistry, and microbiology in 1961, also at Cornell. Campbell has followed a 99 percent vegan diet since around 1990. Campbell joined MIT as a research associate, then worked for 10 years in the Virginia Tech Department of Biochemistry and Nutrition, before returning to Cornell in 1975 to join its Division of Nutritional Sciences. He has worked as a senior science adviser to the American Institute for Cancer Research, and sits on the advisory board of the Physicians Committee for Responsible Medicine. He is known in particular for research, derived in part from the China Project, that appears to link the consumption of animal protein with the development of cancer and heart disease; he argues that casein, a protein found in milk from mammals, is "the most significant carcinogen we consume. T.Colin Campbell has written several books including Diet Life-Style and Mortality in China, Nutrition: The Future of Medicine, and Low Fat Diets Are Grossly Misrepresented. In 2013 his title Whole Rethinking the Science of Nutrition. 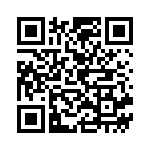