Strana 121
The volume , when issued , every wbere received with eager admiration and
delight ” -says Burns's earliest biographer— “ old and young , high and low ,
grave and gay , learned or ignorant , all were alike delighted , agitated ,
transported --all ...
Strana 108
Doubtless they were reprinted elsewhere before being included by James Hogg
and William Motherwell in the fifth volume ( 1836 ) of their Works of Burns . Allan
Cunningham did not include them in his eight - volume edition of 1834 , but he ...
Strana 128
The verses are contained in a small volume of poems , by - John Armstrong ,
Student in the University of Edinburgh , ” published by Peter Hill ( Burns's
correspondent ) : Edinburgh ; 1789 . Armstrong was an admirer of Burns , and the
volume ... 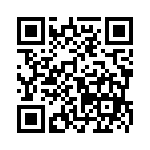