Strana 9
On metal or ceramic vessels , writing also increasingly became placed around
the mouth or rim , places associated with the initiation of an action of eating ,
drinking , or pouring . To give just one example : a common abstraction of the
word ...
Strana 36
47 Furthermore , in the statement “ and so we renounced our previous opinions ,
we rallied ourselves , and we became Turks as well , 948 the words used for “
renounced , ” and “ previous opinion ” ( literally " those things that we thought ...
Strana 100
610 - 641 ) , granted Jabala the “ Jabal Arnawūd , ” and his descendants became
the Albanians . Kisā ' s people , meanwhile , settled in “ land between the east of
Constantiniyya and the west of it , ” which became Circassia . Centuries later ... 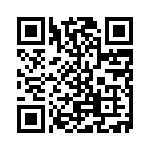