Strana 8
Moreover , his moral character in other respects was not beyond reproach , and that was fatal to his literary reputation at a time when the public refused to judge a man's works apart from the character of the man himself .
Strana 64
“ All his life , ” says Professor Wilson , in his essay on the Poet , “ he was associated with schoolmasters , finding , along with knowledge , talent and integrity , originality and strength of character , prevalent in that meritorious ...
Strana 83
He was intimately acquainted with Gray , whom he described as " a man of poetical taste and feeling , and a scholar , on all accounts well entitled to speak of the character of Burns ; and , though there were no bounds to his enthusiasm ... 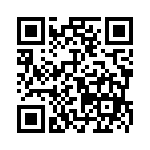