Stephen Orgel is a high-profile academic and author of many books on Shakespeare and the Renaissance, including The Authentic Shakespeare (Routledge, 2002). He is General Editor of the New Pelican Shakespeare, for which he has edited five volumes, and the editor of The Tempest and The Winter's Tale for the Oxford Shakespeare. Jonathan Goldberg has written books on early modern literature and culture, especially concerned with gender issues. He is the editor of Queering the Renaissance and Reclaiming Sodom. 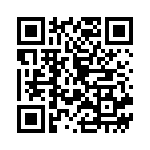