Strana 48
To - night we are celebrating the anniversary of the great Poet Burns , the
peasant Poet , the farmer Poet , the ploughman Poet of Scotland , and he is
typical in his own sphere of what nearly every class of Scotsman is in relation to
his sphere .
Strana 74
The following letter to Archibald Laurie shews his intimate footing with the poet : *
Dear Sir , -- I have , along with this , sent ... Ossian I am not in such a hurry about ,
but I wish the songs , with the volume of the Scotch Poets , returned as soon as ...
Strana 98
( It is not mentioned whether the crest is set on a wreath . ” ) It is cut in a yellow
topaz , set in silver , to screw on the top of pencil case , and bears the
appearance of age , as if having been well used . This seal , my father told me ,
was the Poet's . 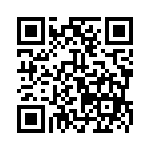